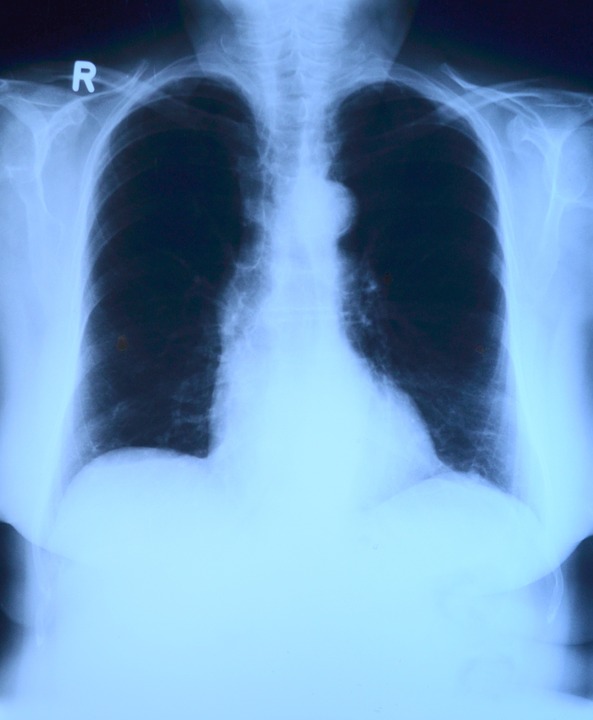 It goes without saying that our lungs are two of the most important organs in our body. They are responsible for providing oxygen for every cell in the human body - meaning that functional lungs are necessary for healthy basic cell functions. The lungs also contract up to 20 times a minute, making them some of the hardest working organs in the body.

This means that when respiratory problems strike, the body and our overall health will suffer tremendously as a result. Unfortunately, lung issues are a serious problem in the U.S. In addition to the 221,000 cases of lung cancer that are expected to develop annually, another 15 million Americans are living with Chronic Obstructive Pulmonary Disease (COPD). And its impact on lung health can seriously affect a sufferer’s quality of life.

COPD is a chronic lung disease that creates breathing problems and puts extra stress on the lungs, making it harder for them to do their job. In cases of COPD, damaged lung tissue makes it more difficult for the lungs to perform over time, eventually creating the symptoms associated with the disease. In many cases of COPD, the disease develops in people who are over the age of 60 - as it takes many years for lung damage to create the symptoms associated with the illness.

While the term “COPD” isn’t necessarily a household name, the underlying issues that are associated with the disease are actually well known. In fact, COPD is typically the result of two other lung diseases developing in a patient:

Unfortunately, both of the diseases behind COPD result from damaged or irritated lung tissue. This damage cannot be repaired - and COPD itself is likely to grow worse over time.

In the vast majority of causes, COPD is caused by smoking, the same as lung cancer. This is because breathing tobacco smoke irritates the airways and destroys tissues in the lungs. But while smoking is a major contributor to COPD, the CDC reports that air pollutants in the home and workplace, genetic factors, and respiratory infections also play a role. Chemical fumes are a likely contributor to COPD, for example, as is dust.

How Can I Recognize And/Or Prevent COPD?

While COPD is a serious illness, it’s also a preventable one. In most cases, COPD can be prevented simply by:

Still, being able to recognize the signs of distress is important, even if you’re successfully avoiding these common causes. Symptoms include:

In extreme cases, sufferers may also experience a shortness of breath after mundane tasks, such as getting dressed or fixing lunch. Weight loss and a feeling of exhaustion and weakness is also a common problem in the later stages of COPD.

Unfortunately, as you can see, these symptoms are symptoms that could be associated with a number of health issues. Because it’s not always easy to recognize if these symptoms are the result of COPD or of another lung problem, it’s extremely important to report any breathing problems you experience to your doctor so that they can identify the underlying cause - and treat it - as quickly as possible.

If you are experiencing breathing problems, please contact your Genesis Medical physician ASAP to schedule an exam. The sooner you can receive treatment, the sooner you will begin breathing more easily - and the better your life will be for it!

Your Complete Guide to Hand Washing