How To Prevent Lyme Disease This Summer

How To Prevent Lyme Disease This Summer

Summer is officially in full swing this week, which means we’re all spending more time enjoying outdoor activities such as hiking and gardening. If you appreciate these sorts of activities, however, it’s crucial that you remember to take precautions against one of this summer’s most serious health threats: tick bites. Unlike normal itchy, irritating but mostly harmless bug bites, tick bites can lead to serious illnesses, including Lyme disease. Unfortunately, Lyme disease cases are on the rise in PA., including in Allegheny County. With over 800 cases of Lyme disease confirmed in 2014 – compared to 20 in 2003 – preventive measures against tick bites are more important than ever.

Though any nature lover is used to being bitten by a bug or two on their treks, tick bites are an especially nasty potential side effect of enjoying time outdoors. Ticks are parasitic creatures that can transmit diseases between animals and people when they bite. While many tick bites are harmless in the long run, they can also be dangerous – perhaps even deadly – if the wrong tick bites you and transmits an illness to you.

In our part of town, deer ticks, also known as blacklegged ticks, are the ticks to watch out for. They’re particularly likely to transit a disease known as Lyme disease to the animals, and people, that they bite. Lyme disease is a bacterial illness that affects an individual's skin, joints, heart and even nervous system. While Lyme disease is usually treatable, it can in some cases create troublesome chronic symptoms even after treatment ends. Because of this, it’s advised that you take steps to prevent tick bites before they occur.

You’re most likely to be bitten by a tick during an outdoor activity. While most people think of ticks as a risk that’s limited to woodlands or grassy fields, ticks can also live in gardens and other similar nature environments. And since Lyme disease cases are now more prevalent in Allegheny County and Pennsylvania overall, you should take steps to prevent tick bites and monitor for ticks before heading outdoors, even if you’ll be sticking to your own backyard.

To best prevent tick bites, we recommend reading and following the preventative guidelines laid out by the Centers For Disease Control And Prevention. The C.D.C. currently has guidelines on:

Unfortunately, since young ticks in particular can be too small to easily spot, it’s always possible to miss a tick during one of your personal exams. Because of this, in addition to reading up on how to prevent tick bites, we recommend knowing how to recognize any potential signs of Lyme disease, as early interventions can help make the condition easier to treat.

(2) early disseminated disease with heart and nervous system involvement, including palsies and meningitis 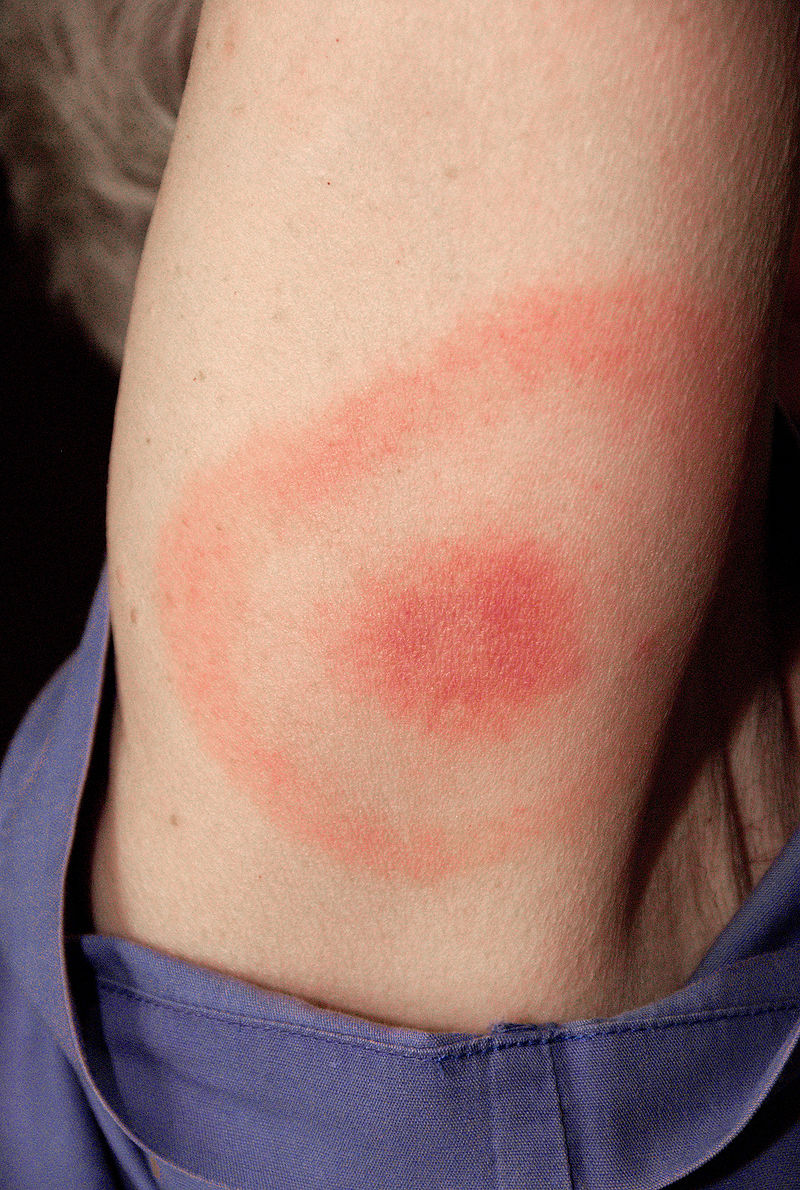 You’ve likely heard a lot about stage one of Lyme disease, where the resulting rash from a tick bite takes on the shape of a bullseye. This is a classic presentation of Lyme disease that occurs in 70%-80% of infected patients, and needs to be examined immediately by a doctor.

Even if you do not develop a rash, you should monitor for other signs of Lyme disease, which include flu-like symptoms such as a headache, fatigue, stiffness and pain in muscles and joints, and swollen lymph nodes. You may also experience a fever, though this is uncommon.

If you experience a bullseye. rash or any flu-like symptoms after a hike, it’s recommended that you visit with a doctor to determine if you may have Lyme disease. Without treatment your joints, nervous system or heart muscles may be affected by this illness. Infected individuals may even suffer from arthritis or heart failure as a result of undiagnosed Lyme disease.

While the long-term effects of Lyme disease can be scary, the good news is that this disease is easily preventable, thanks to preventative guidelines and even thanks in part to some preventative medications that are used in certain tick bite incidences. It’s also easily treatable in most cases, though some chronic effects are more likely to occur if the disease is caught later rather than sooner.

Need more information about preventing tick bites or dealing with ticks? You can: